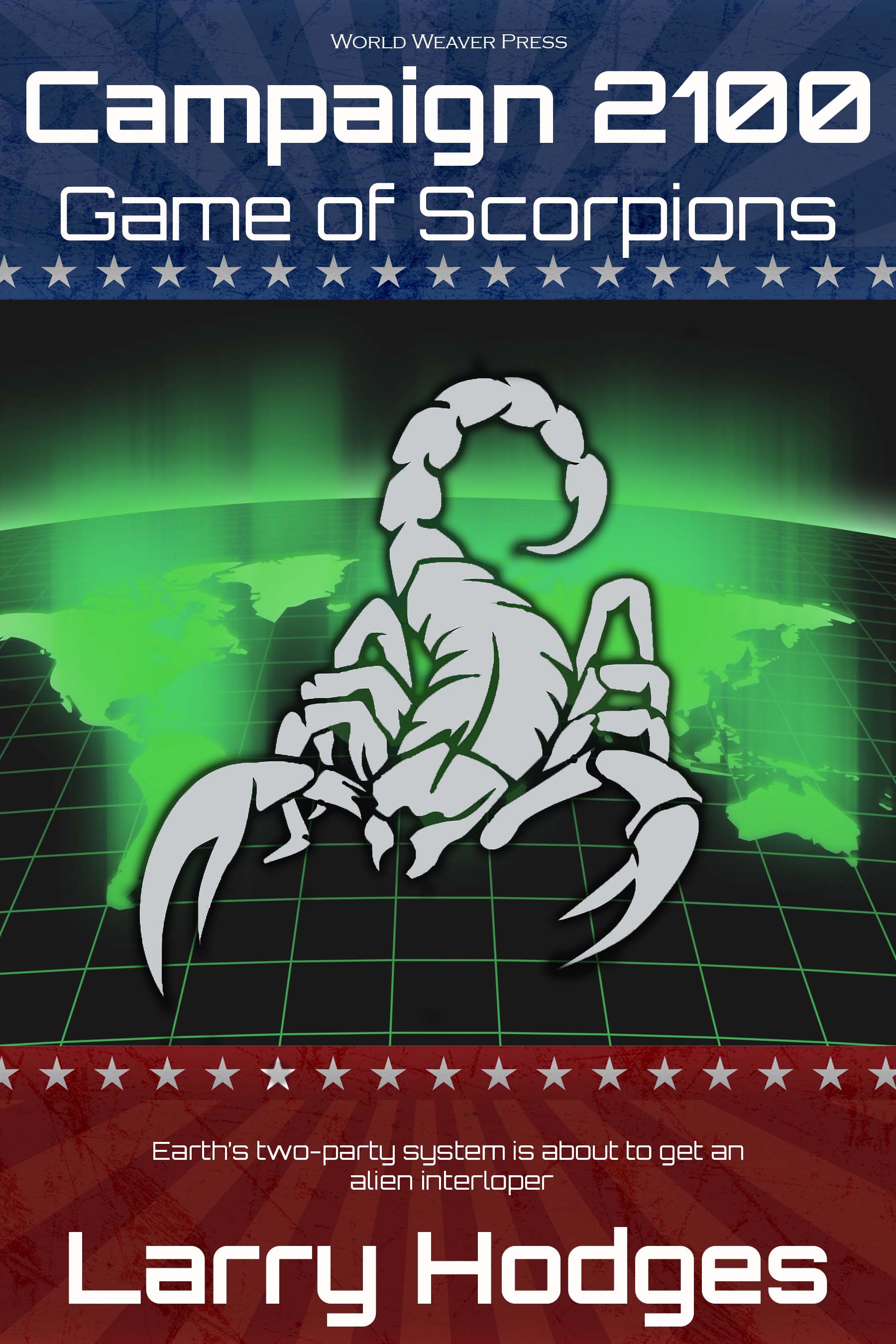 Presidential politics dominates the news. Few stories are more compelling than a bare-knuckle, fight-to-the-finish political campaign—but where are the SF novels that cover this?

“Campaign 2100” dramatizes and satirizes politics; it is West Wing in the 22nd Century. The underlying theme is moderation in politics. The novel covers the election for president of Earth in the year 2100, where the world has adopted the American two-party electoral system.

The father-daughter team of Toby and Lara Platt are the cutthroat campaign directors who get candidates elected by any means necessary, including the current president of Earth, the corrupt Corbin Dubois. When Toby has second thoughts about Corbin, he is blackmailed by the president and forced to run his re-election. But when an alien lands outside the United Nations, claiming to be an alien ambassador, Dubois orders her attacked. Toby Platt finally resigns. Lara takes over the re-election campaign.

But Toby vows to put his daughter out of job. He challenges the two major parties—one conservative, one liberal—and runs for president himself with a third-party moderate challenge. The alien tags along as an observer. The campaign goes to every continent as father and daughter battle for electoral votes and clash over the ideas and issues facing the world of 2100 in this bare-knuckle, fight-to-the-finish political campaign. The world is watching. And so is the alien.

Available at Amazon in Print and Kindle,
from publisher World Weaver Press,
and at Barnes and Noble, Books-a-Million, iTunes/Apple iBooks, Kobo, and Omnilit.

Praise for Campaign 2100: Game of Scorpions

“Larry Hodges is an insightful political commentator and a kick-ass science-fiction writer. A dynamite novel full of twists and turns; this futuristic House of Cards is both entertaining and thought-provoking.”
—Robert J. Sawyer, Hugo and Nebula Award-winning author of Quantum Night

Interviews about Campaign 2100: Game of Scorpions

The spaceship landed shortly after 9:00 A.M. in front of the United Nations Building in East Manhattan, exactly four weeks before the start of the worldwide election for president.

The large black sphere, 20 feet in diameter, had plummeted out of the sky at a meteor’s speed, then slowed in seconds until it came to a stop, floating five feet above the ground. No Earth vehicle could match that performance. There was no visible means of levitation underneath the ship, just a smooth, black surface. In most places on Earth there would have been panic. However, this was New York City, Earth’s capital, where “alien” was just a matter of degree.

Crowds gathered, many broadcasting the images worldwide with their thought computers. A child threw a veggie dog against the black sphere, leaving dripping mustard on its side. Several other children dashed under the black sphere until stern parents pulled them back.

Within minutes, delegations of police arrived. They cordoned off the area around the black sphere to hold the crowds back, then sauntered about, not sure what to do about this strange ship that had fallen in their midst.

The chief of police stepped past the cordoning. There was no obvious door on the ship, whose shiny black surface was marred only by the dripping mustard. He rapped on the ship with his stick. “Anyone there?”