Last week in my blog I wrote about the release of the novel on Jan. 26 (yesterday), and the mysterious “Top Secret” cover for the novel. And now the truth has come out – not just for you, but for me as well.

Why was I so mysterious about the cover last week? Because I hadn’t seen it, and had no clue what would be on the cover, despite the fact that at that point, the novel was supposed to have already been at the printer, with copies available two days later for the Confusion SF Convention in Michigan. However, all was not as it seemed.

I’d been emailing with the publisher for many weeks, asking about the cover, and couldn’t get an answer. So you can imagine how my frustration grew daily as the release day approached and the publisher simply wouldn’t discuss the cover with me. I finally resigned myself to the idea that I, the writer, wasn’t to be “in the loop” regarding the cover, and that I wouldn’t see the cover of my own novel until after it was published. You can imagine my thoughts on that. I was also frustrated by the lack of any pre-release publicity – not even a press release. I was told that would go out after publication, i.e. there would be no attempt at building up buzz. Again, I was not happy. There was also an “Upcoming Books” listing at the publisher’s page, but my novel wasn’t on it – neither were any others – it was blank.

Then, late on Thursday night, Jan. 21, five days before the scheduled release, I got that email no author wants to hear – the publisher was closing down!!! Finally I learned why there had been no cover or publicity – since the publisher was closing, the novel wasn’t to be published.(I was asked not to go public with this info until the end of the week, so we’re well past that.)

One day later I received an email from one of the assistant editors, who was negotiating to buy the company. And lo and behold, it looks like that’s happening, and so World Weaver Press will continue! And they still want to publish my novel. However, it’ll have to be postponed. The publication date is now March 8, assuming all goes well.

The down side is that the novel was long planned to come out in the middle of the presidential election, since it’s a political novel that covers the race for president of Earth in the year 2100. (With a third-party moderate challenge, a father pitted against a daughter, and an alien ambassador observing and often participating.) The plan was to have it out before the Iowa caucuses, which will be held Feb. 1 (next Monday). So we’ll lose some of that. In an ideal world, of course, the plan is that I’ll be interviewed on all the news shows along with all the candidates, and of course Trump will attack it, calling me a “hack writer,” and that’ll make it a best seller.

Or perhaps Trump will sue me, because he’s in the novel – sort of. I wrote the novel long before he entered the race for president, so I wasn’t taking advantage of that. One of the four main characters is a professional table tennis player who drops out of the pro circuit to run the worldwide third-party challenge for the presidency. He is sponsored by Trump Sports, and uses Trump table tennis equipment! Yep, I decided to make the imaginary Trump Sports a big company in the year 2100, where it’s mentioned six times – the pro table tennis player uses a Trump Maestro Prime racket, wears Trump table tennis shoes, and at one point browses over a pack of Trump sports cards, where the best table tennis players in the world are featured. (He’s disgusted because he’s not included. That Trump is such a hack!)

Of course, Trump does play table tennis, right? (Yeah, I put that graphic together. Please, Mr. Trump, sue me!!!)

The upside to all of this is that now we’ll have time to build up buzz, and we’ll still get the novel out during the height of the presidential race. So . . . should I wear makeup when I get interviewed on CNN?

My novel, “Campaign 2100: Game of Scorpions,” will be released by World Weaver Press on Tuesday, Jan. 26, one week from today! (And no, the image to the left is not the actual cover – see the “Final Cover To Come” note, and note below.)

The novel covers the election for president of Earth in the year 2100. It’s “West Wing meets the 22nd Century.” It features a third-party moderate challenge to the reigning conservative and liberal parties – some may read it as a Moderate Manifesto. There’s also an alien ambassador observing, so readers learn our future politics and history as he does.

Here’s the updated back cover text:

The year is 2100, and when it comes to the planet-wide presidential election, the father-daughter team of Toby and Lara Platt are the cutthroat campaign directors who get candidates elected by any means necessary—including the current president of Earth, the Frenchman Corbin Dubois. But when an alien ambassador lands outside the United Nations, Dubois goes to war with her. In protest, Toby resigns.

When Lara takes over the campaign, Toby vows to put his daughter out of a job. He challenges the two major parties—one conservative, one liberal—and runs for president himself with a third-party moderate challenge.

Amid rising tensions and chants of “Alien go home!” the campaign trail crisscrosses continents as father and daughter battle for electoral votes and clash over ideas and issues facing the world of 2100 in this bare-knuckle, fight-to-the-finish political campaign. The world is watching. And so is the alien.

Now you are probably wondering about the cover. You can see the “current” cover over at Goodreads (and above). As you can see, it says, “Final Cover to Come.” And, here’s where things get mysterious. For top-secret reasons – TOP SECRET!!! – I can’t show the cover to you now. Why can’t I show you? Hah, you’ll just have to wait for the unveiling for the explanation! So let the buzz begin – what is on the cover of Campaign 2100??? What is so secret about it that Larry can’t show it to us? Will this truly be the greatest book cover ever, as rumored? Stay tuned as we live out this clandestine drama that, 77 years ago, Winston Churchill (who is quoted in the novel) described as a riddle wrapped in a mystery inside an enigma. (Or was that Russia? Which goes to war with China and Japan during the novel?)

You are probably counting the days or perhaps the minutes until the next episode or book comes out in the Game of Thrones series. But if you really like the writing of George R.R. Martin, here’s a shocker: he’s written other novels! Over at World Weaver Press, they’ve put up reading recommendations for their writers and staff, and mine is “Tuf Voyaging,” published in 1986 by, you guessed it, George R.R. Martin. Here’s what I wrote of it:

“Anyone not in a coma the last few years has heard of A Game of Thrones by George R.R. Martin, but many have not stopped to consider that maybe, just maybe, he might have written previous novels. I recently read one of his best, Tuf Voyaging. Originally published in 1986, it’s basically a series of related short stories that cover the adventures of the highly eccentric Haviland Tuf, a giant, overweight, pale, vegetarian food-loving, cat-loving, hyper-honest genius who becomes the owner of the Ark, a 30-kilometer ancient ship with incredible ecological engineering capabilities. Tuf’s do-goodism is constantly misunderstood as he travels the galaxy, alone other than his feline companions, solving planetary problems and righting wrongs, often with controversial solutions and over the objections of those he is helping. It’s both a fascinating character study and an environmental satire, and a hoot to read.”

So why don’t you head over to World Weaver Press and read the recommendations and reviews from the others? They include:

Note – World Weaver Press will be publishing my novel, “Campaign 2100: Game of Scorpions,” on Jan. 26. More on that in the coming weeks!

If you are an aspiring writer, have you considered applying for the six-week Odyssey Science Fiction and Fantasy Writing Workshop? It would be a life-changing experience for you! I went in 2006. It also qualifies you to be a part of “The Never-Ending Odyssey,” where graduates get together once a year for nine days and run our own writing workshop. (I’ll blog more about this later on.) 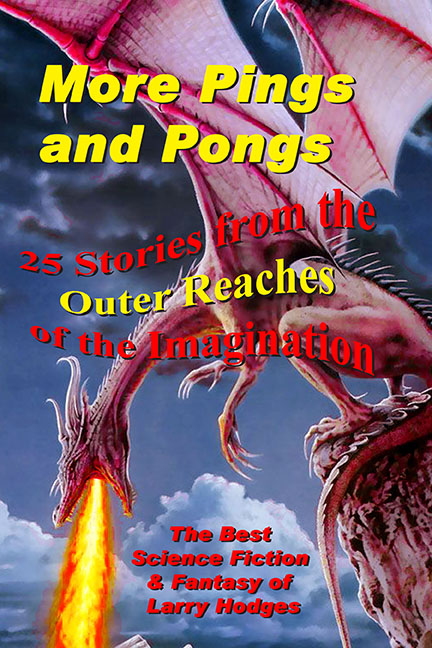