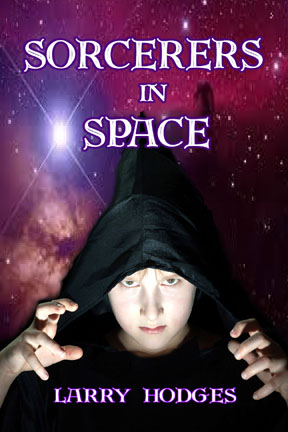 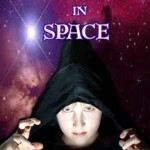 I spent Friday night, and about half of Saturday and Sunday at the Capclave Science Fiction Convention in Gaithersburg, MD, held ten minutes from my house. I was on three panels, including two that I moderated, plus I did a reading.

I moderated the infamous “Religion and Politics” panel, which can get rather heated, but we managed to keep it mostly low-key this time around – much of the discussion wasn’t about actual religion or politics, but about famous religious or political novels and movies that influenced the world. This was a good fit for me, as many of my short stories and both of my novels (one coming Nov. 15, the other in a state of flux as I do a rewrite for a possible publisher) are political. I sat next to the famous James Morrow during the panel. It’s the second time I’ve been on a panel at a convention with him.

I also moderated the panel on “Amazon – Good or Bad?” I had to great moments in this panel. At the start, after we introduced the panelists, I said, “I have some disturbing news. Some of us who really hate Amazon have gotten together and formed the Orange Crush Party.” (I held up a can of Orange Crush that I’d just picked up from the con suite.) “We demand that Amazon be closed down immediately. Otherwise, we will defund and close down Capclave. There will be no more panels, the exhibits and dealer’s room will be closed, and all parties are cancelled.” At first many in the audience thought I was serious, but they figured it out and laughed at the end. I also did a stunt where, right there on stage, I bought a book from one of my four fellow panelists on my Kindle (“Baby Boy Blue” from Kathryn Morrow, wife of James Morrow). I also explained my experiences with Amazon in selling my table tennis books. One surprise – I thought most of the people would think Amazon was bad, as they continued to use it, but the general consensus – with a few notable exceptions – was that Amazon was good.

I was also on the “1001 Uses for an Unsold Story” panel where we talked about the possibilities – rewriting it, reusing the central ideas of the story in another story, using it in a novel, or just saving it for the appropriate anthology that might someday come along. Or printing it out to line your parakeet cage.

I did a 25-minute reading on Sunday, where I read an excerpt from my upcoming novel, “The Giant Face in the Sky.” I also had time to read my “cult classic” story, “The Bat Nerd,” about a bat that thinks it’s a superhero.

And I got to meet and shake hands with George R.R. Martin, author of the Game of Thrones novels, now an award-winning HBO series. Plus I attended a number of panels, readings by Lawrence Schoen and Scott Andrews, and spent much time in the dealer’s room, where I ended up buying only two books somehow – “The Mammoth Book of Time Travel,” edited by Mike Ashley, and “Chess with a Dragon,” by David Gerrold. I also bought two anthologies from Lawrence Schoen at his author’s table, “Buffalito Buffet” and “Sweet Potato Pie and Other Surrealities.”